Disruptive Dwelling: The God We Call “She” 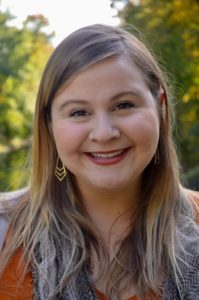 In my first couple years as a youth pastor I worked with and for a self-proclaimed “boy’s club” in the South. My fellow youth ministers all went to the same all-boys school in Nashville and then had gone off to big SEC schools for college. They loved football, beer, Jesus, and teenagers. And they did their best to love me.

We were required to memorize scripture as part of our job. One such verse was John 14:21, “He who has my commandments and keeps them, he is the one who loves me; and he who loves me will be loved by my father, and I too will love him and reveal myself to him.”

Now… I don’t know if you were counting, but that’s five male pronouns and one male metaphor for God (Father), in one verse. I, as a woman, began to feel this twinge.

In response to the twinge, I looked up the verse in the original Greek (the language of the New Testament). In my endearing first attempt at understanding Biblical Greek, I understood that pronouns used were neuter, thus without gender (after having to take courses in Biblical Greek I realize I was mistaken, which is what happens when you use a free website for translation!).

So, I told my coworkers I would be using feminine pronouns. I was a woman, seeking to follow the commands of Jesus, and so I should use my own pronouns, just like they got to use theirs. And it wouldn’t be sacrilegious or ignoring the “authority” of the Christian Bible—it was simply a different interpretation.

Notwithstanding the fact that my translation wasn’t accurate, the logic still stands for me—why shouldn’t I be able to use my pronouns? They boys got to use theirs, why not me? Did Jesus really care which pronoun I used? What about Galatians 3:28, which we also had to memorize? It reads, “There is no longer Jew nor Greek, neither slave nor free, nor is there male and female, for you all are one in Christ Jesus.” If we are all one then why is it only “he who will be loved?” and not she or they?

Their general reactions to my usage of feminine pronouns fell in the vicinity of shifty eyes, discomfort, and “uh, okay?”

We then took our high school seniors to a Passion, a conservative Christian conference in Atlanta that states their goal as “…uniting students in worship and prayer for spiritual awakening in this generation.” I remember sitting in the Georgia Dome, listening to the likes of Louie Giglio and John Piper, talking about the love of our Father God. Chris Tomlin and David Crowder leading us in songs about “how deep the Father’s love for us,” our savior, the king of kings, the prince of peace, oh how He love us.

I felt this twinge, this pinch, get bigger.

Coming back to Nashville, I heard our pastors using Trinitarian closing for prayers and blessings—“in the name of the Father, and the Son and the Holy Ghost.” I realized that the Trinitarian litany was, at best, two men and some form of non-binary being.

There was no woman in the Trinity.

The men I worked with, they all planned on being fathers someday… they could get the epitaph Father that we so often give for God, whereas I could not. I would be a mother… and a Mother wasn’t what Christians called God. That was reserved for “Father.”

After life as a Christian since childhood, four years at a liberal arts college, and plenty of privileged world travel, I was struck by a deep sense of wrongness.

Feminist theologian Mary Daly once said, “If God is male, then male is God.” Through using only male pronouns for God and Jesus and the Spirit, we have deified the male gender. The language we use for God has been a participant and perpetuator of patriarchy, of hegemonic masculinity, and contributed to devaluing of any and all non-male bodies.

It would be like worshiping a redheaded God—imagine praying, “dear red-headed God, thank you for your strength and provision …” It stands to reason that the red-heads in the room might sit a little straighter, knowing they have a big thing something in common with the divine, whereas folks with all the other hair colors would begin to feel somehow less. The red-heads could think they were naturally strong, that they should be the providers, that they were more, better.

I felt like the Bible, the Church, the entire Christian community, were all telling me, overtly or not, that I was “less” because I was a woman. My “less-ness” had been blessed and made sacred by my faith, who saw me as less because of my sex and gender.

I couldn’t help but wonder at this point how the hell I was supposed to fit into this religion, this world view, when I staunchly refused to believe I was less because of my chromosomal makeup, my self-identification, my body.

I have spent years, particularly my years in seminary, trying to figure out if I can fit in this thing called “Christianity.” There have been times when I have wanted to leave my faith almost hourly, due in part to this specific issue, and the trickle-down effects I see patriarchy enacting in the world.

But God, like the bully She is, just won’t let me go. Jesus, in and beyond all of his problematic “maleness,” just won’t leave me alone and I, for some unknown reason, can’t seem to walk away from my Christian faith altogether.

And in those same seminary years, I was introduced to feminist, womanist, and mujerista theologies. I learned about the writings of women like Elizabeth Johnson, Kwok Pui-Lan, Elizabeth Schussler Fiorenza, Delores S. Williams, Emilie M. Townes, and Ada Maria Isasi-Diaz, women who saw God as more than a white man, even going so far as to identify God within their own experience—God as a black woman, as a chica joven in labor, as a mother bear, God as, a God who entered into my own and experience and saw it, saw me, as holy.

I learned about the necessity of viewing all things in context. Any reading of the Bible is a cross-cultural experience, meaning we will almost always misunderstand things because we are outside of the context in which it was written. The story of the good Samaritan really doesn’t mean much, until you learn that the Jews hated the Samaritans because of centuries of betrayal and cultural hatred. The story of Adam and Eve totally changes when you learn that adam can also mean “humankind” and that chavvah (translated Eve) means “life;” that when God makes adam a helper, an ezer, that same word ezer is most often used as a word for God, when God comes and saves the Israelites from various catastrophes. In other words, the “helper”—ezer—is sacred, potent, a part of God herself.

The greatest lesson that I keep returning to in terms of our language around God is that everything, every epitaph or curse or name, everything we ever call God is but a metaphor. No words can encompass who and what and how God is. Thus, I believe, we must be deeply intentional about our language for God, especially in church, and we must notice who and what is left out in our imaginings of God.

Using feminine imagery for God has become a deeply healing experience for me. When I hear God referred to with feminine pronouns I am reminded that I am included, loved, seen by my God. I am reminded that I have been given much, that I have that “much-ness” in common with my Creator, and am called to now live in such a way as to love as God loves—radically, empathetically, strangely, beautifully. I am reminded that in truth all gender is false, merely a helpful (and harmful) categorization for people.

I am reminded that I exist within God, that God exists within me.

A translation of Acts 17:28 is this (as I now have taken Biblical Greek):

“For in Christ we live, and move, and have our being; for we, as the poets say, are children of God.”

We are children of God, expressions of our Creator, regardless of our chromosomal makeup or identifications—we all reflect our Creator, uniquely, especially, intentionally. And as such, we must talk about Her, about Him, about Them, with language and words that recall us to our inclusion, our belovedness, and the vastness of God.

This is the second in our series on disrupting, reclaiming and expanding parts of Christian language, tradition and ritual for our lives and experiences here and now. This gorgeous reflection comes to us from Leigh DeVries, associate director of the Bend Youth Collective, youth pastor at Nativity Lutheran Church and Bend Church, and a person who brings a generosity of spirit to all she does as minister, friend, colleague and partner.